The woes of the embattled Member of Parliament (MP) Adansi-Asokwa Constituency in the Ashanti Region are far from over as executives have freshly petitioned the Regional Secretariat to sanction him over gross disrespect.

A copy of the petition sighted by MyNewsGh.com and signed by Nine (9) Constituency and Twenty (20) polling station executives respectively accuses Hon KT Hammond of showing gross disrespect to executives of the party and its structures.

It reads “The leadership of the Adansi Asokwa Constituency would like to officially apologize for the misconduct and gross disrespect from our Member of Parliament, Hon. K.T. Hammond towards the Ashanti Regional Chairman of the Party, Mr. Bernard Antwi Bosiako (also known as Chairman Wontumi).

Hon. K.T. Hammond has disrespected members of the Party for far too long and such ungodly behaviour shouldn’t be tolerated as a Party. For and on behalf of the Adansi Asokwa Constituency Leadership. We undersigned card bearing and Executives of the Party are calling for urgent Disciplinary Action against Hon. K.T. Hammond.” 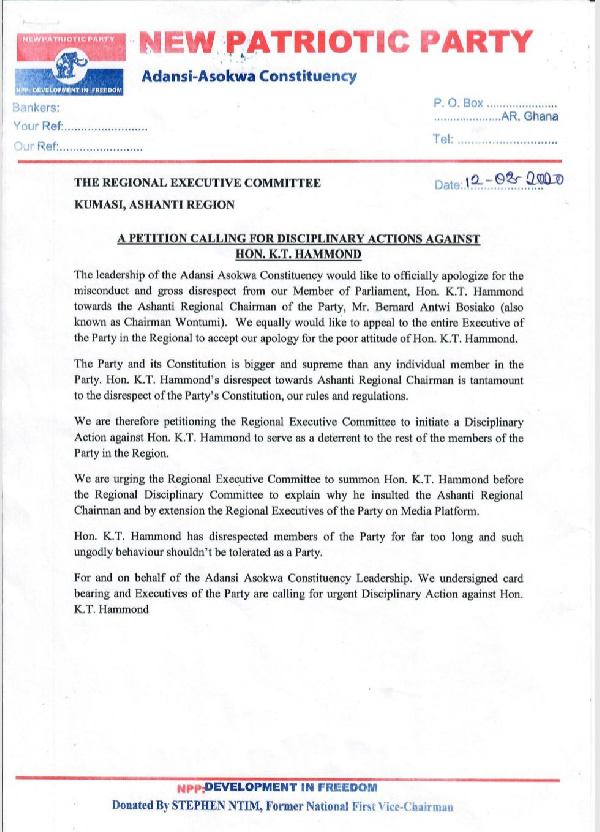 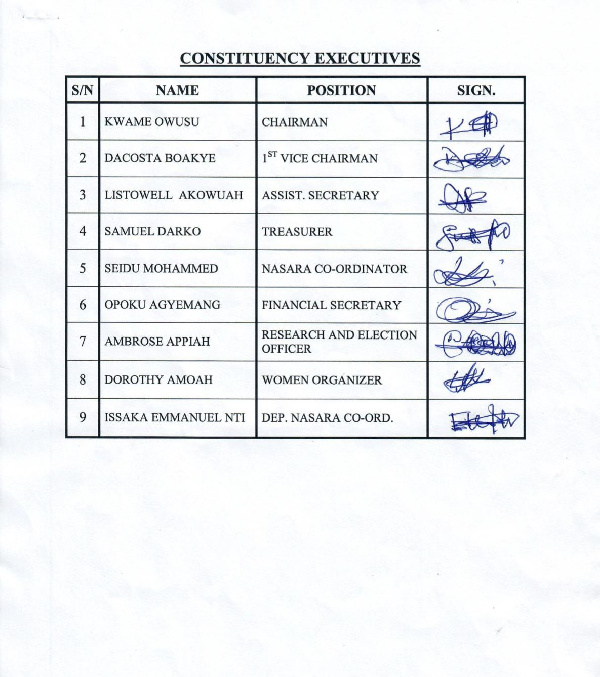 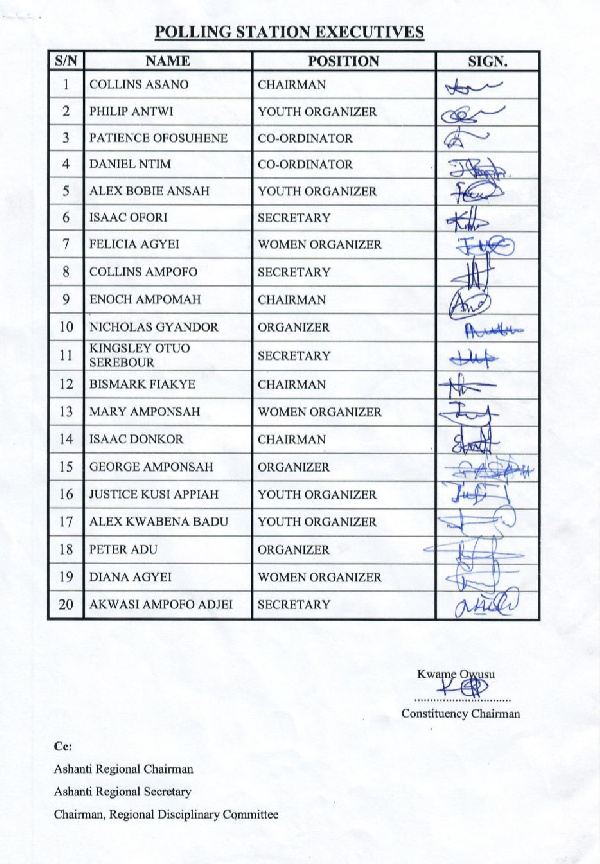