That means the date reads the same whether its read forwards, or backwards.

A palindrome is a sequence of numbers or letters that reads the same no matter how one reads it. For example, the words mom and dad are palindromes. 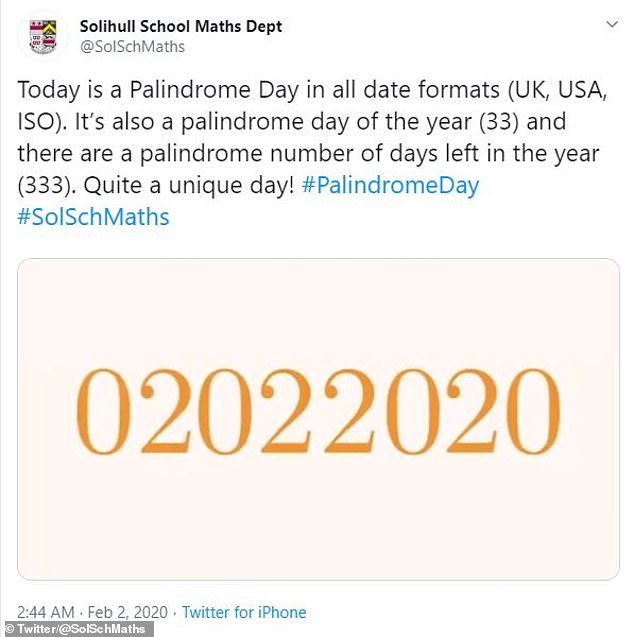 ‘Notably 2-2-20 and 2-20-20 are unmatched when it comes to significant sequences, not to mention that your two year anniversary will take place on 2-2-22 or 2-22-22!!’ the Royal Wedding Chapel on Las Vegas Boulevard wrote on its website.

‘Two being the ultimate symbolic number representing you and your spouse to be. Two becoming one,’ the chapel’s marketing pitch add.

Pennsylvania’s most famous groundhog Punxsutawney Phil emerged from his burrow and revealed there will be an early spring this year.

The day also was worth noting for the Superbowl, the American past-time which was being played for the 54th time.

The game, set to start at 6:30 p.m. was pitting the San Francisco 49ers against the Kansas City Chiefs.

The game, typically one of the biggest broadcast events of the year, will include a commercial returning funny man Bill Murray to the role he played in the 1993 comedy Groundhog Day in a commercial for Jeep.